Do I really need a Will?

Wills and estate attorneys are often asked: “Do I really need a Will?” “Won’t my spouse inherit everything if I die?” The answer is yes, you should have a will, and no, your spouse won’t necessarily inherit everything.

If you don’t have a Will, you are not alone. Some estimates are that between sixty and seventy percent of adults in the United States do not have a Will that they have prepared for themselves. In fact, many celebrities and historical figures have failed to make a Will, including Abraham Lincoln, Pablo Picasso, James Dean, Sonny Bono, Howard Hughes, Jimi Hendrix, Bob Marley, Amy Winehouse, Kurt Cobain, Prince and Aretha Franklin.

The stories of the consequences to the estates and heirs of these celebrities and historical figures have become legendary. For example, when James Dean died tragically and unexpectedly without a Will, his estate went to his father who had abandoned him as a child and with whom he had had no relationship. For Howard Hughes, more than sixty-five Wills were presented to the probate court purporting to be his, but none were accepted. His money went to distant relatives with whom he had little or no interaction during his lifetime. Prince’s estate has been in probate litigation from the time of his death in 2016, at the age of 57, through the date of this writing in 2019. Settlement is not yet in sight. There have been more than forty-five claims, numerous lawsuits over who were his heirs, children, relatives, and even spouse. There were also lawsuits over who should administer the estate. Other than the attorneys and the administrator, who have received millions of dollars, none of the heirs have received any distributions as of this writing. A properly drafted Will would have eliminated nearly all of those lawsuits and claims.

Contrary to common belief, when a person dies, his or her surviving spouse will not necessarily inherit everything from the deceased spouse if the decedent were to die intestate (meaning that the person died without having executed a Will). State law of the decedent’s domicile in existence at the time of death will govern with respect to who will inherit the decedent’s property, and those laws vary from state to state. They also change from time to time as state legislators enact new laws and revise existing laws. Therefore, who will ultimately inherit an intestate person’s assets will depend upon where he or she last lived and when the person died.

If the intestate decedent had a significant other, but was not married to him or her, then no matter how long a relationship was in existence, that life partner could get nothing. State intestacy laws do not generally recognize such relationships or treat the surviving partners as heirs. If a person wants to benefit a significant other or anyone else who is not considered an “heir at law” under state law, then an estate plan is absolutely necessary.

Also, being as specific as possible helps. A recent study has shown that more probate lawsuits are filed over personal effects than money. Therefore, a specific Will can help avoid such litigation. Having a well-drafted Will can also streamline the administration process and save costs and legal fees. In addition, you can create a Trust within your Will to protect your legacy from the creditors or wastefulness of your children and other beneficiaries.

Thus, there are numerous reasons to have a Will and there are no good reasons to be without one. Without a Will, there is no guarantee that your assets, including bank accounts, brokerage accounts, home, valuables and everything else you own when you die will be distributed the way you want. 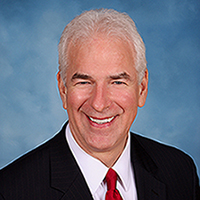 We are located at:


Do NOT follow this link or you will be banned from the site!